Been busy as hell with tradicional Christmas gifts but
as promised here are some pictures from Paris and my
special affair with the Eiffel Tower ;) 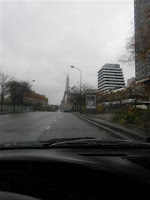 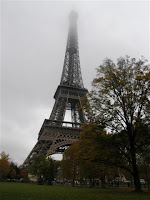 It was a foggy day. The top of the Tower has
reduced visibility. This is the tallest structure in Paris
and one of the most recognized structures in the world. 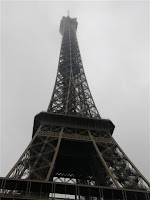 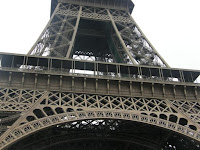 Besides caricatures photografing is my second passion. 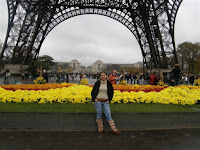 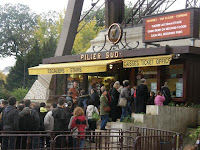 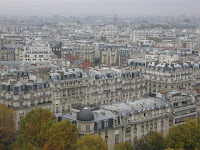 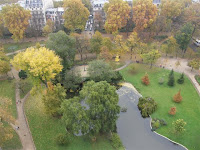 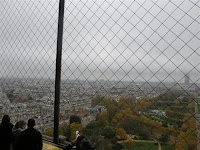 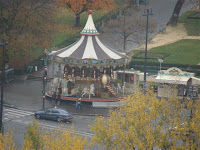 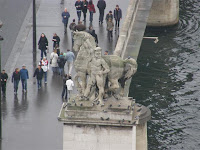 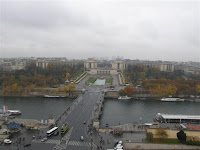 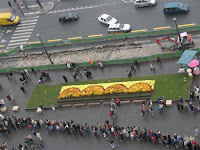 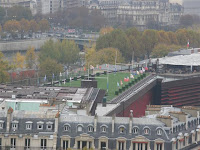 A better perspective of the line to enter the monument and a special
football field on top of a roof!
When the tower was completed in 1889 it replaced the Washington Monument
as the world's tallest structure — a title retained until 1930 when the
New York City's Chrysler Building (319 m — 1,047 ft tall) was completed.
The tower is now the fifth-tallest structure in France and the tallest structure
in Paris, with the second-tallest being the Tour Montparnasse (210 m — 689 ft),
although that will soon be surpassed by Tour AXA (225.11 m — 738.36 ft). 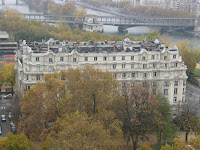 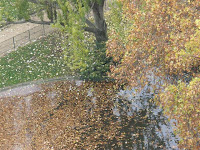 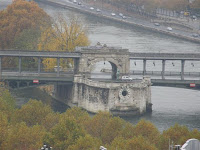 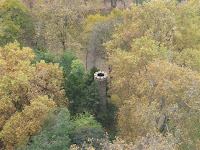 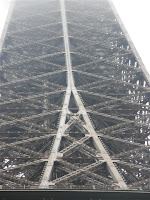 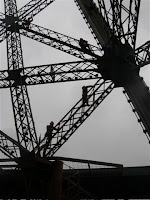 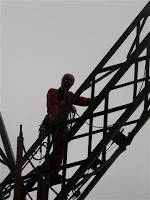 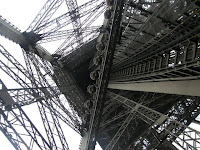 The architecture of the Tower is just breath-taking, this must be the
most strong monument in the world. The structure of the Eiffel Tower
weighs 7,300 tons. Depending on the ambient temperature the top of
the tower may shift away from the sun by up to 18 cm (7 in) due to
thermal expansion of the metal on the side facing the sun. The tower
also sways 6-7 cm (2-3 in) in the wind. I didnt know that! 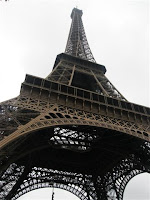 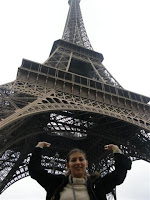 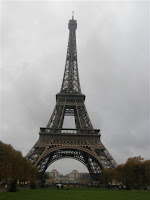 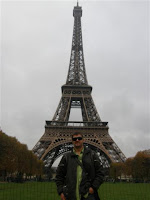 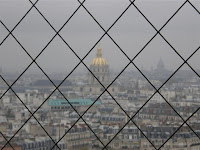 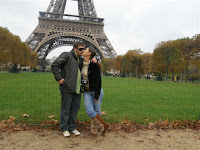 The most romantic city in the world. Next stop Cathedral of Tours, France.
One thing the Tower is painted with 3 diferent colours and that is why you
can take multiple pictures the tone colour is diferent in each of them.

It looks you had a great time there!!.. thanks for sharing your pictures of Kruguen's workshop!!

I think you were there the same time I was, but you made a much better study of the Eiffel Tower than I did!