Cartoon published on Sol newspaper the theme was about 2010 fifa world cup south africa group G where Brazil, Korea DPR, Ivory Coast and Portugal define the so called "Group of Death" here represented by Yong-Jo Hong, Kaka, Drogba and Cristiano Ronaldo. North Korea might not be a threat but they run a lot and might steal a point to some of the three, and Ivory Coast has a team with strong players it wont be a easy task for Portugal specially because they play first with them but Brazil should worry with them was well because they will play next before the final game clash right after the last meeting where Brazil defeated Portugal with a clear 6-2, however the only official match between these two teams when Pele and Eusebio marvelled the world Portugal won Brazil by 3-1 managed by brazilian Otto Gloria and Eusebio cannons foot. That said, Ivory Coast should be the key to the group because its their first worldcup and it will also depends on some injuries on key players, theres still 6 months left and for instance Pepe´s Portugal is at risk having suffered an injury playing by Real Madrid. You migh wanna ask whats gonna happen next? Cristiano Ronaldo injury? 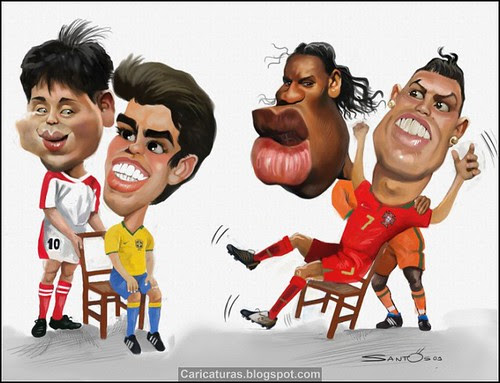 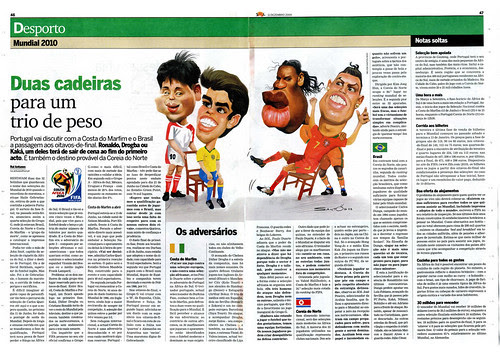 Fantastic Nelson, I'm gonna have to swing by your blog more often! All alls well with you man!

Nice Article! Thanks for sharing with us.
Scott Robarge