Follow Me! was a series of television programmes produced by the BBC in the late 1970s as a crash course in the English language. It was popular in many overseas countries as a first introduction to English; in 1983, one hundred million people watched the show in China alone, featuring Kathy Flower.[1] [2] 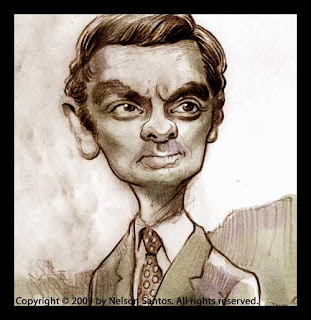 The show was hosted and narrated by the British actor Francis Matthews. Since i´m renewing the design and feeling of my blog (changing also the language to english as well thanks to my buddy Niall O´Loghlin cheers mate too bad Portugal isnt playing with Ireland i might have mad ya visit!) i inspired to make a quick sketch drawing of Mr. Francis Mattwhens. I grew up learning English by watching this tv show a lot, still remember the episode about Loch Ness unfortunately didnt seem to get a link from youtube. If anyone has this would be great to share with me and remember Follow Me in the button at your right! I will follow you too!

NICE ONE NELSON, ABOUT TIME!!!
I'm glad we;re not playing you, because we would have been hammered, and I couldn't deal with the slagging!

You can never tell man that Trapattoni is an old fox i think France will get a tough job anyway there are no easy games these days.

Thanks for the comment Nelson, very nice work here.

very cool stuff man!!! I love the line work on this...

After very long time I am commenting on your blog Nelson, but I am regular visitor of your blog. Color selection is telling about time. Any way I just uploaded Ronaldinho's caricature. Need your valuable suggestions and comments as always.